Mating may be observed at any time of the year, yet are apparently dependent on the prevailing humidity in the terrarium. Mating takes place in the water – or more precisely under water. Prior to the actual pairing, the male animal repeatedly incites his female partner by touching around the cloaca area with the snout.

During mating - that might last according to experience made thus far for multiple hours – the bodies and tails entangle themselves several times. A bite during mating could not be observed thus far. 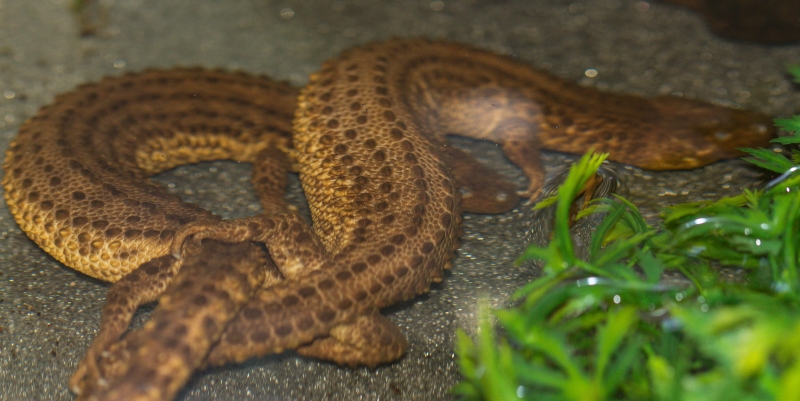